Login or register to apply for job opportunities in this school

Established in 1922, Vancouver College is the only all-boys, Catholic, independent school in British Columbia. Founded by the Congregation of Christian Brothers in the spirit of Blessed Edmund Rice, our mission is to educate boys and young men from diverse backgrounds in the tradition of Blessed Edmund Rice. 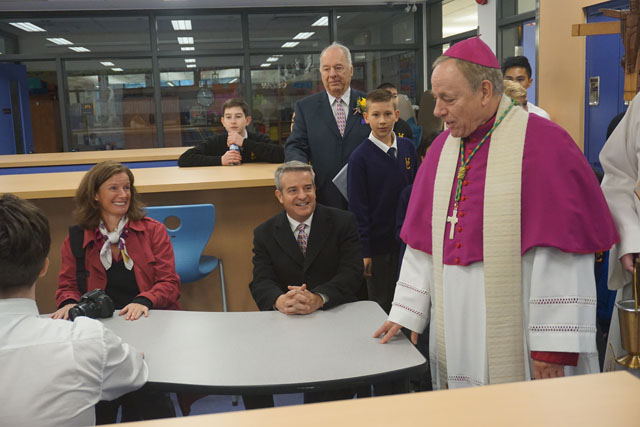 Why teach at Vancouver College?

As we approach our next century of providing inspiring education for young men, Vancouver College has embarked on a process of continuous improvement, pedagogical transformation and campus renewal; leading the way in innovative practice while honouring our deeply rooted traditions. 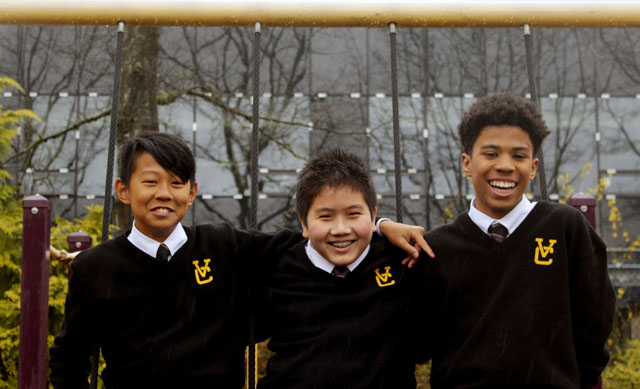 Our Mission, Vision and Values

Our vision as a Catholic school is to strengthen the development of the whole person by enhancing opportunities in faith formation, academics and extracurricular activities. In the tradition of Blessed Edmund Rice, we aim to develop each student’s social conscience by fostering increased opportunities for meaningful service with local and global communities. 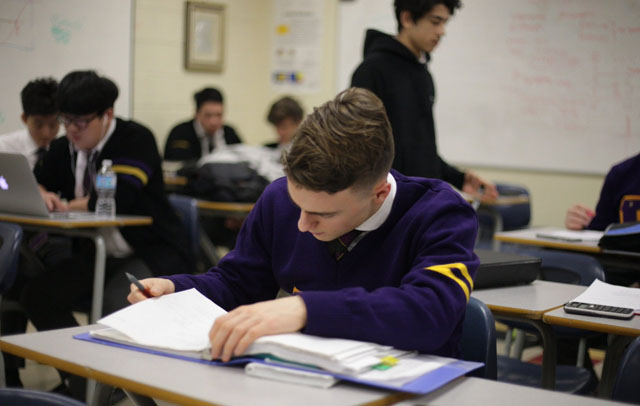 Vancouver College is well known for its spiritual program, outstanding academics, expansive extra and co-curricular program, and high-calibre teaching staff. At Vancouver College, the Religious Studies program is at the core of the curriculum and life of the school. A student is expected to pass Religion at each grade level to continue into each subsequent grade and to graduate from Vancouver College.

As a single-gender environment, students receive the most effective techniques in the education of young men, and feel a sense of family and tradition through our strong support system of teachers, parents and alumni. Academically, our school is consistently ranked as one of the top schools in the province through the Fraser Institute School Ranking, with our students also excelling in athletics and arts.

Vancouver College includes three separate schools under one roof. With students ranging in age from Kindergarten to Grade 12, we take a varied approach to education, ensuring all students are supported by flexible programs and our vision that they “leave here a better man.”

Students in Kindergarten to Grade 6 (elementary school) are introduced to a variety of teaching styles from grade to grade, while their lessons are still rooted in strong traditional teaching values. The middle school, made up of students in Grades 7 through 9, takes into consideration that the jump from elementary to high school is the biggest adjustment a young boy must make during his education. The senior school at Vancouver College consists of approximately 480 young men in Grades 10-12. As students enter Senior School, the most noticeable difference is the increased focus on independence and responsibility.

Our curriculum promotes the harmonious growth of the whole person, fosters the development of higher-order thinking and prepares students for lifelong learning.

A cosmopolitan city right on the edge of nature, Vancouver makes it easy to combine an urban lifestyle with outdoor adventure. Surrounded by the sea and the mountains, Vancouver has a diverse, metropolitan area, yet you’re always close to the natural world with nature’s playground right at your doorstep.

Three local mountains – Cypress, Grouse and Seymour – offer access to trails for hiking and biking in the summer and first-rate skiing and snowboarding in winter, while Stanley Park offers 22 kilometres of pathways for walking, cycling, running and rollerblading. The Vancouver lifestyle is all about work-life balance. Our city has countless yoga studios, fitness clubs and wellness centres, but not to be left out are our malls and numerous shopping destinations for the more urban inclined.

Vancouver’s parks, recreation and cultural assets are prized by Vancouverites and visitors as some of the finest in the world. Our 404-hectare Stanley Park (1,000 acres) is considered one of the world’s top urban parks with ancient cedars, wildlife, rainforest ecology, vibrant art and attractions, and a seawall path used by millions of walkers and cyclists each year. Vancouver hosts numerous arts events in signature performance spaces such as the Arts Club, Chan Centre for the Performing Arts, Commodore Ballroom, Queen Elizabeth Theatre and the Orpheum. Meanwhile, sports fans will enjoy cheering for local clubs, including the Vancouver Canucks, Vancouver Whitecaps and BC Lions.

Vancouver College is located on the Musqueam traditional territory of Vancouver. With its scenic views, mild climate, and friendly people, Vancouver is known around the world as both a popular tourist attraction and one of the best places to live. The city was recently ranked third in the world for quality of life, and has been named the Best Destination in Canada for 16 consecutive years. The combination of economic opportunity and the beautiful, natural environment draws people from around the world.

Vancouver is also one of the most ethnically and linguistically diverse cities in Canada with 52 percent of the population speaking a first language other than English. Vancouver has hosted many international conferences and events, including the 2010 Winter Olympics and 2010 Winter Paralympics.

Unlike other cities, where people commute into downtown and return to the suburbs, downtown Vancouver and its closely located neighbouring districts have something for everyone. The city’s compact size, broadly defined by a 20-minute radius, also makes getting around easy – a major reason entrepreneurs and career-makers are choosing to call Vancouver home.

As a small, tight-knit community, we are able to build personal relationships with our students, their families, and other staff and faculty on campus. Teachers at Vancouver College are encouraged to participate in our wide variety of athletic, religious and extracurricular activities with students.

Priority consideration will be given to candidates who can provide current pastoral reference confirming they are a practicing Roman Catholic and a Certificate of Qualification issued by the BC Ministry of Education.

Vancouver College strives to maintain a salary scale similar to or slightly higher than that offered by the Vancouver School Board. The school has a defined contribution pension plan, with the employee contributing 7.5% of their income, matched by 10.5% from the employer. Vancouver College offers its employees a robust health benefits plan, shared at a 50/50 cost between the employee and the school.

Vancouver College is committed to engaging faculty in professional learning. Features include enhanced, collaborative teams and resources for training, workshops, and conferences.

Why you’ll love it here

Vancouver College is well known for the high level of student participation in extramural sports. Athletic teams from Vancouver College have won many provincial championships in basketball, football, badminton, lacrosse, and track and field; national titles in rowing; and have placed high in other sports such as golf, tennis, rugby and soccer.

Honorarium for athletic and extracurricular activities

Vancouver College pays an honorarium for all athletic and extracurricular activities. The school also offers a vibrant summer camp program, giving Vancouver College teachers first priority to be involved as a means of extra income throughout the summer months.

Full-time teachers at Vancouver College teach an equivalent of six out of eight blocks, as opposed to the seven out of eight schedule implemented in most schools. Staff are also offered free parking, social and recreational activities, staff affirmations, and the opportunity to participate in our staff social committee.

Connect with our school